Capital accumulation in the economy of Poland - Special Report
Share 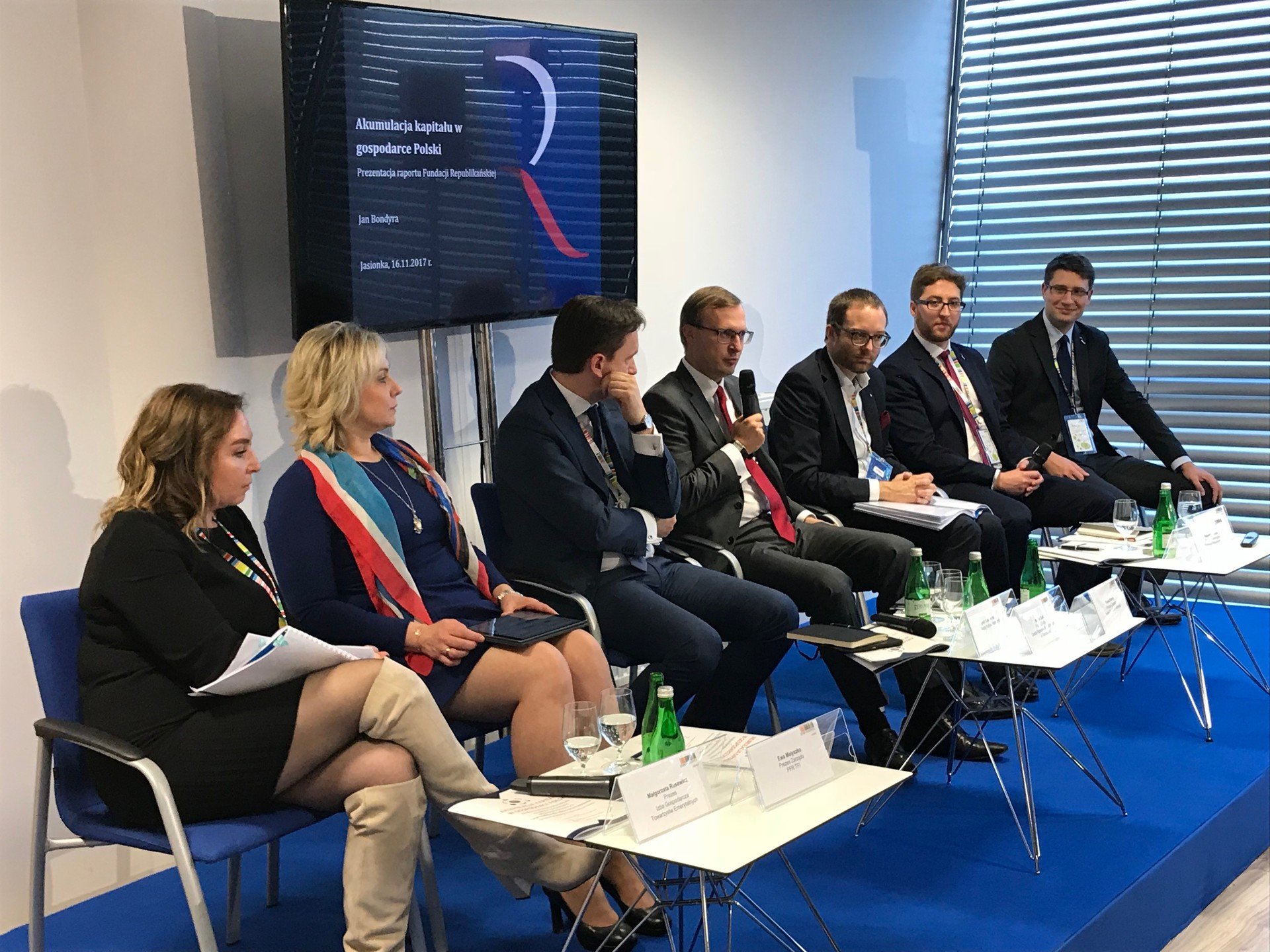 Capital accumulation in the economy of Poland - Special Report

Low savings, in particular long-term savings, reduce the potential for investment and GDP growth and cause among Poles one of the lowest levels of financial assets in the European Union. Poland lacks a common system of building household savings for retirement purposes. These are the main conclusions from the report of the Republican Foundation and The Polish Development Fund, published at the 590 Congress in Rzeszów.

In recent months, media and commentators have focused on the issue of low investments as a component of the Gross Domestic Product. Experts and politicians have  out that the prolonged period of low investments will mean Poland's slower economic growth in the future. In response to the above issues, the team of the Republican Foundation in cooperation with The Polish Development Fund carried out research aimed at determining the actual state of savings of Poles and its consequences for the national economy.

"The conclusions from the study of the Republican Foundation regarding capital accumulation clearly prove the need for a systemic solution to the problem of a low rate of household savings in Poland. The response to this challenge will be Employee Capital Plans, which are part of the Capital Building Program included in the Strategy for Responsible Development of the Deputy Prime Minister, Mateusz Morawiecki. ECP will improve the Polish economy and, in my opinion, will contribute to an acceleration of the economic growth rate by approx. 0.3-0.4% of GDP in the long-term perspective. Moreover, this solution will improve the financing base of the enterprise sector, making it independent of foreign financing," Paweł Borys, the President of the Management Board of The Polish Development Fund, commented on the results of the study.

The analysis covered all the most important areas related to the issue of capital accumulation, i.e. household savings, investments in the enterprise sector, cash flow with foreign countries and the condition of the public finance sector.

"Developed countries have resources, including their own savings, which allow them to reduce the impact of external events on the well-being of citizens. There is no sovereignty without own savings. And capitalism, as the name suggests, is based on disposal of own capital. In the 21st century, attaining greater agency is not an act of war. It is the arrangement of socio-economic devices and shaping national habits to build the savings of Poles," said Paweł Dobrowolski, the Chief Economist of The Polish Development Fund.

- Poland and the countries of Central and Eastern Europe differ from the countries of the so-called old Union with regard to the low share of long-term savings invested in pension funds and insurance policies.

- Investments are one of the key economic factors determining the long-term economic development of the country.

- The high value of foreign investments located in Poland each year brings significant benefits to investors in the form of paid profits, amounting to approx. 4% of annual GDP, reducing the ability of the Polish economy to build domestic savings.

- Despite the attempts made, Poland has not yet achieved a significant level of pension savings in the form of the second (private, mandatory) and third (private, voluntary) pillar. In order to fill the investment gap, it is necessary to increase pension savings.

- The low level of Polish investments abroad, with the simultaneous inflow of foreign investments to Poland, results in the deteriorating investment position of Poland.

- This shows the insufficient level of domestic capital, which must be replaced with foreign capital, making the domestic economy dependent on foreign investors.

- Dividends paid by foreign investors, along with the increase in the value of investments located in Poland, are growing and in 2016 they reached the amount of over PLN 36 billion.

- Foreign debt is characterized by instability, at risk of a sudden outflow of this source of financing, which may contribute to a sharp increase in supply in the government bond market. Such an effect in the short term may cause a strong depreciation of the Polish zloty, and in the long-term, a much higher cost of debt service and its financing.

How to catch up with the richest? PFR presents a special report on economic growth

There is no proven recipe for how to catch up with the richest. The past three decades have brought growth and civilisation change, yet we are still far from achieving steady convergence. To maintain the high pace of growth, we need to create conditions favourable for in...

The Polish Development Fund S.A. (PFR) entered into an agreement with a subsidiary of the Mid Europa Partners fund to buy 99.77% of shares of Polish Cableways S.A. (Polskich Kolei Linowych, PKL). The transaction is to be finalised in the next several months when all the ...

During the inauguration of the ‘Warsaw Home’ International Interior Design Trade Fair in Nadarzyn, Bartłomiej Pawlak, PFR board member, presented a new instrument to support Polish companies in their expansion into foreign markets - the Export Accelerator for the Furnitu...